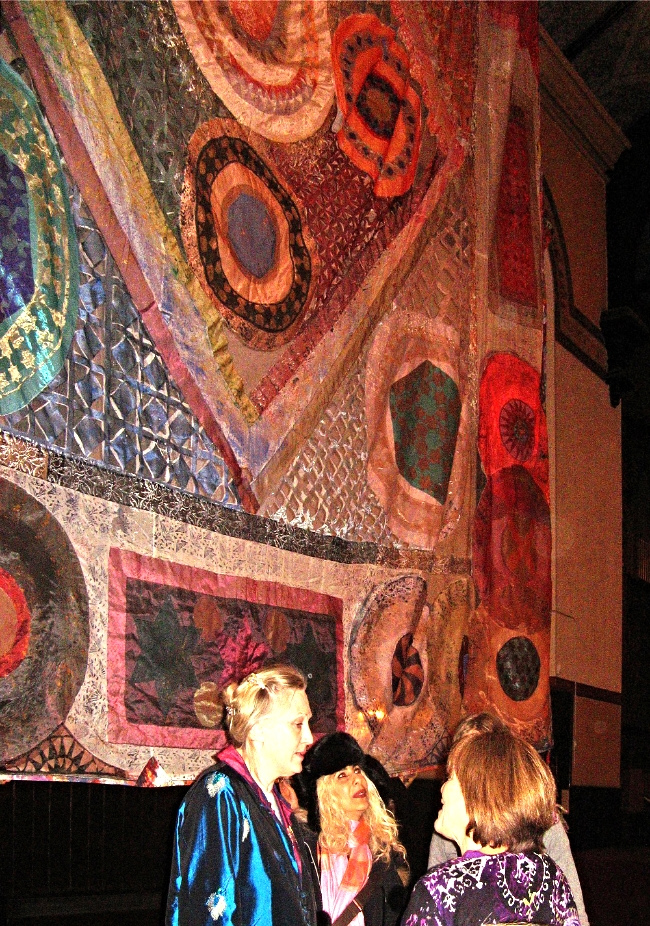 Jacqueline Treloar was born in  Penzance, UK and now lives in Toronto, Canada.

My work involves exploring with all manner of papers, paints, fabrics and assorted ephemera to produce evocative and powerful statements concerning physical presence, story and location. Some Influential key dates and places include

1947 birthplace – Penzance is a fishing town at the southwestern-most tip of England, in the county of Cornwall, United Kingdom. The Celtic traditions and rugged countryside of this ancient land inform my fascination with legend and ritual.

1965-70 Diploma of Art and Design, BA
The Central School of Art and Design was a public school of fine and applied arts in London, England. Central became part of the London Institute in 1986, and in 1989 merged with Saint Martin’s School of Art to form Central Saint Martin’s College of Arts and Design. Four life changing incredible years were spent earning my Bachelor of Arts degree within and outside of its walls in vibrant, late sixties London .

The Leverhulme Trust was established by the Will of William Hesketh Lever, the founder of Lever Brothers.
This prestigious national award changed everything providing me with nine months travel to New York Paris and Rome, ending up with a position in Enrico Perroni’s textile studio and Sergio Bini’s printing factory in Como, Italy

I owned a textile design studio serving the celebrated Comasco printing industry for alta moda and pret-a-porter fashion houses.
Como is a city in Lombardy, Italy whose economy was, until the end of the 1980s, traditionally based on industry; the city was world-famous for its silk manufacturers. The 1982 industry collapse resulted in my leaving Italy to return to Canada

1984- 2000 Toronto- Parkdale – I began rebuilding a life and a career in a favourite area of Toronto full of colourful characters and curious individual businesses. I began creating large and complex textile works.

2000- 2003 Palermo, Sicily – I lived for three years within the depths of the old inner city which held my heart within its folds.
Palermo is a city of Southern Italy, the capital of both the autonomous region of Sicily and the Metropolitan City of Palermo. The city is noted for its history, culture, architecture and gastronomy; it is over 2,700 years old. It is fabulous and perfect for the explorer and lover of all curious and exotic things.

2003- 2015 Toronto – Parkdale
Return to the old ‘hood, now in the grip of gentrification. Parkdale provided a home and studio within a vibrant community of musicians, artists poets and other exotica. Demographically, Parkdale is mixed in income and ethnicity.

2014- Corona Magnum Pallium, the Church of the Holy Trinity, Toronto- four huge crowns hanging in  space  with each crown displaying  the four seasons of nature and man

2015 – present Mimico and Lakeshore West
Mimico is the gateway to Toronto’s west-end waterfront neighbourhoods. The lakeshore west waterfront is a daily wonder of light, glorious flora and fauna and beloved water creatures providing me with a continual respite of repose for the spirit.

The Homeless Memorial Project Magnum Pallium– a large mixed media  textiles-based exhibit scheduled for exhibition in the Church of the Holy Trinity, Toronto. The main feature is a huge 10 x 10 x 10 ft coat holding the names of the deceased people listed on the Toronto homeless memorial