War regalia for the great archangels Michael, Raphael, and Gabriel

The Attic helmet was a type of helmet that originated in Classical Greece and was widely used in Italy and the Hellenistic world until well into the Roman Empire. Parades or tournaments played an important part in maintaining unit morale and fighting effectiveness.

The horsemen enter fully armed and those of distinguished station or superior in horsemanship wear gilded helmets of iron or bronze, to draw to themselves the gaze of the spectators.

The six elements of the project to date  –the combat or fighting set and the parade and ceremony set
War combat mask cap and helmet
War ceremonial mask, cap and helmet 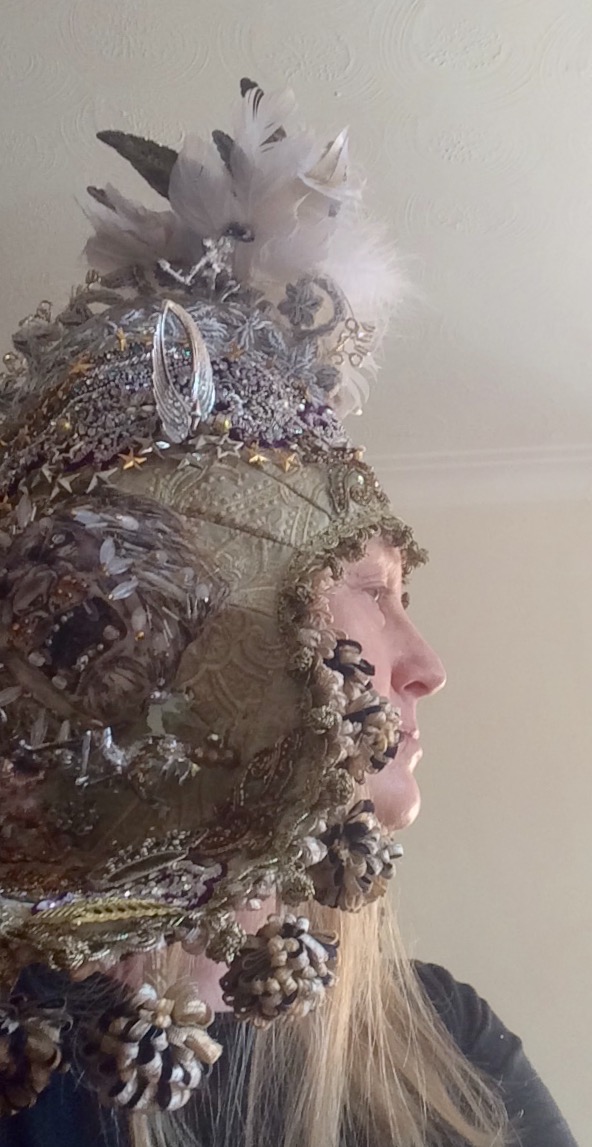