Lepidoptera in the treasury of Frederick11

The set of bold watercolours and acrylic inks on paper is a statement on defense and power.

The lily, the butterfly, the chalice the sword and the crown are combined in a series of groupings. The objects are recorded from historical artifacts

The Iron Crown of Lombardy, 9th century
The only object in Richard II’s inventory which certainly survives today, it now consists of a circlet of twelve hinged plaques and six large and six small fleurons.

A chalice is a goblet or footed cup intended to hold a drink. In general religious terms, it is intended for quaffing during a ceremony.

A sword is a long, edged piece of metal, used in many civilizations throughout the world, primarily as a cutting or thrusting weapon and occasionally for clubbing. Unlike the bow or spear, the sword is a purely military weapon, and this has made it symbolic of warfare or naked state power in many cultures. The names given to many swords in mythology, literature, and history reflect the high prestige of the weapon.

An Easter lily may refer to a number of flowers connected with the Easter festival:
A butterfly is any of several groups of mainly day-flying insects of the order Lepidoptera, the butterflies and moths. Butterflies have large, often brightly coloured wings, and conspicuous, fluttering flight.
The Crown of Constance of Aragon 1196
Constance was interred wearing the crown today displayed in the Treasury, the museum of Palermo Cathedral. The crown was created in Byzantine style in Palermo by the Royal Jewellers from gold, pearls and large precious gems (sapphires, etc.), with enameled details. Modified fleurs-de-lis are visible along the rim. (Often identified with French dynasties, the fleur-de-lis was in fact used as a royal motif by all of Sicily’s Norman rulers from their first arrival in Palermo.) 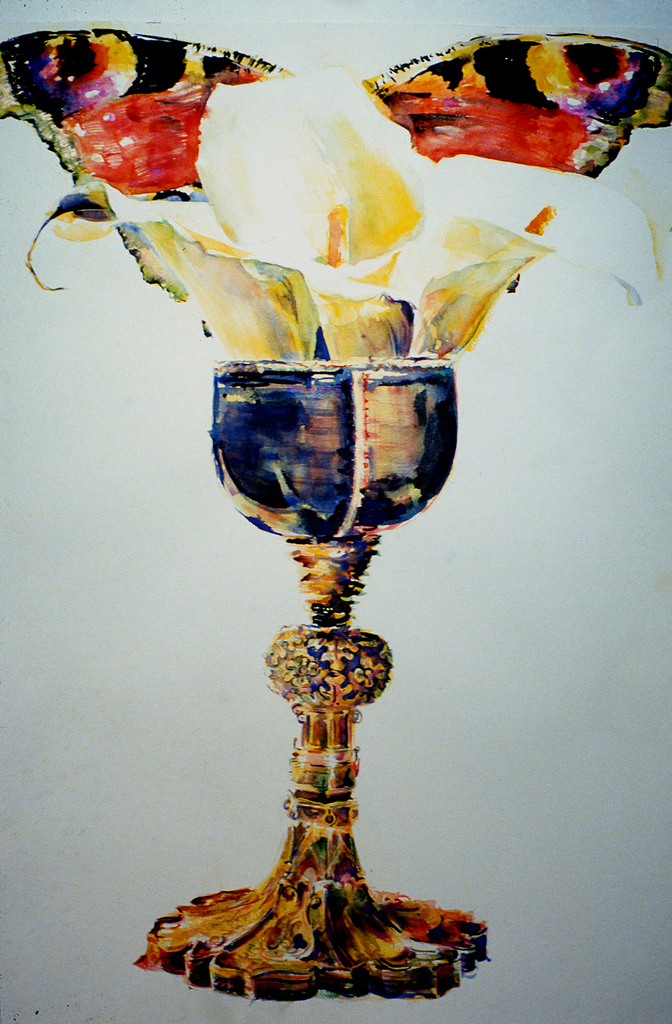